In general, I have always felt a little under-prepared no matter the circumstances. When we visited the Brazilian side of Iguazu falls, I was totally unprepared, and that was no one’s fault but my own. I was told that we were going to get soaked despite any attempt to stay dry. What the instructions actually meant was that we were going on a boat that was literally going under the waterfall. Something I have been learning over the last two years stuck in my head: make it work with what you have. And honestly, walking around soaking wet in the Atlantic Rainforest isn’t so bad once you decide it isn’t. It was raining anyways, so it worked out!

It was gorgeous. I made friends with so many butterflies! (And coatis from afar, because we do not interact with these little guys.) Walking around wet was uncomfortable at first. What might people think about me? But as time wore on and the trail got drippier, I realized that everyone who was doing anything that looked fun was damp in one way or another. By the time I got to the end of the falls, where there was a walkway out over the rushing water, the mists were heavy and hurled over the water and the last thing that was dry, my shoes, upgraded their status to “soaked,” and it worked out!

Every trip has its ups and downs. Like I said in my first blog, no one can embark on an international trip and have it go exactly as planned, especially not one with 26 people. But I have to say that whenever something has looked like a setback, either one of my travel-mates has come through or the situation just sorted itself out, because under the right attitude, things just work out!

Obrigada! Thank you sometimes doesn’t seem like enough. Obrigada isn’t enough to reflect my gratitude for everyone who has helped make this life changing experience possible for these 23 students, but those are the words Read more…

Head in the Clouds – Brittany Szarowicz

When I was very young (maybe five years old?), I rode in my first plane. I don’t think I looked away from the window for the entire flight. All these years later, nothing has changed. Read more… 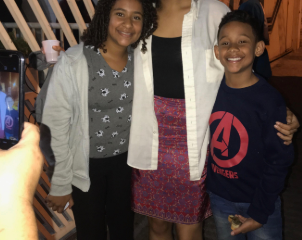 When I Return- Lourdes Sharp

“When you know your history, you have power” -paraphrase from a young student named Jose at University of São Paulo studying to be a historian When I came to visit Roberts as a Senior in Read more…